The Only Thing I Have To Declare Is...

Last night I went to the opera. The show was the new opera 'Oscar' that had its premier at the Santa Fe Opera this summer. It moves to Philadelphia in 2015.

It is a good thing that the show has over a year before its next performance because it was not good. The worst I've ever seen.

It managed to be outdated, dull, poorly directed, drama free, and generally awful. How does a new show feel like it's 30 years old?

It was witless. Artless. My jaw dropped and I held my sweater in front of my mouth so bugs wouldn't fly in there.

The lyrics were laughable. The prison was played for comedy then discussed as a hellish place. It was all telling and zero showing. Walt Whitman was the narrator? Bosie was a mute dancer......

I have no real words to describe it beyond this. Because it was that bad. There was a song about ABSINTHE.

When I see bad art I have to think it out. I joked last night that I would need to go to therapy to process the night. It was a joke, but kinda true. Bad art is depressing, sad, etc. But gigantic failures have lessons hidden in them. Lessons about process and editing. Lessons about huge corporations pumping money into the creative process. Lessons about people not telling other people no.

It makes me want to scream. Scream then write a better version.

As we were clapping for the cast at the end you could feel the sadness in the room. A sort of 'sorry guys' vibe. I clapped for the fact that the cast was trying their best. The score was interesting. The set was really good.

But every time the show would get to something good it would do something absolutely mind-numbingly dumb. Like end with Walt Whitman ushering Oscar Wilde into heaven...where a pantheon of classic writers dressed in white angel costumes welcome him into 'immortality'. And his response? He makes a joke about wanting to make a good sauce and says 'thanks'...

I don't even know what more to say right now. That is how weird the experience was. It is hard to be coherent about incoherence. Hard to form a center about a non-held object.

Will someone in Philadelphia go see this hot mess in 2015 and tell me if it is good? Better yet, someone let me stay with them so I can watch it again and see what's different. Because it will ALL be different.
Posted by Michael J. Wilson at Monday, August 19, 2013 No comments:

I've been a little over stimulated on the internet and writing fronts lately. 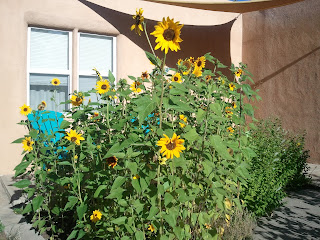 Blame this on summer. On the jungle of sunflowers outside my house. On the intense storms that rush in off the mountains every evening.

Blame it on me suddenly having several writing gigs to juggle outside of the blogs I am meant to be keeping for personal 'satisfaction' and artistic 'growth'.

You can blame it on summer lazies.

But in reality I have reached a saturation point with 'social' media. There have been too many things to be too angry and concerned about and too many incredibly obnoxious and illogical and fucking stupid voices screaming at the top of their lungs for the last month or so.

And I have sort of been broken by it.

I've started tweeting short non sequiturs and one word answers. I've been posting videos of my cat staring at me on Facebook.

I've been reading about turtles. And the strange, creepy YouTube channel - Pronunciation Book.

The point is that I'm still here. That I am writing and working and it's just not making its way to this blog at the moment. But it will.

In the meantime. Check out Coldfront, I write there sometimes. And starting next month I will be featuring some book reviews of new McSweeney's titles right here.
Posted by Michael J. Wilson at Friday, August 02, 2013 No comments: