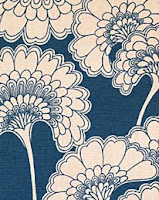 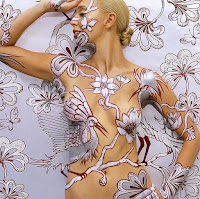 The Brooklyn Museum is a wonderfully hidden treasure in New York.

Kinda like the Tea Lounge's super amazing happy hour. (full disclosure: I work at TL but $4 wine and $2.50 pints are hard to argue with)

Every time I go to the Bk Museum I wonder why it is so empty. I wander the empty halls looking at the amazing permanent collection and think about how packed the Met is. There are recreated rooms. In full designed details. Simply beautiful. They even have a full house that was torn down and put back up inside the museum for you to walk inside and peruse.

They have a great collection of design work. An Egyptian wing. The exhibits are always beautifully curated and incredibly laid out. Add in the fact that the museum also has some of the best art shows in NY and you have a perfect day in store for you. Where else could you go to see Murakami or Gilbert + George on such a large scale this year?

They also have the Elizabeth A. Sackler Center for Feminist Art which houses Judy Chicago's Dinner Party installation and always has an interesting show going on.

I bring this up because while walking around the museum a few weeks ago I spent a good long time examining a part of the place I usually just walk through. The rooms designed to look period appropriate. They are lavish and slavish attentions to detail. I love them.

When I got home I was filled with ideas to make my apartment more lavish. The wall coverings from the past were stunning. The furniture! I didn't know I was such a covetous man, but seriously...I want. I started looking for wallpaper that filled my sudden need for luxe.

I found Signature Prints. They only print wallpaper and fabrics based on designs by Florence Broadhurst, who was a fantastic crazy lady. The company is based in Australia and is way too expensive for me, but the designs...amazing. They remind me of the wallpaper in my Grandmother's house. The website also sells pillows and throws in the designs. If you can afford it, I say go there and do it.

The trip to Signature brought me to the wonderful Emma Hack. Who takes the designs of Broadhurst and paints models to match. She then photographs them in front of the wallpaper. The results are beautiful.
Posted by Michael J. Wilson at Thursday, January 29, 2009 No comments:

I've been in a rut lately. I will admit this to anyone within earshot. Loudly.

My writing has taken a backseat and my ambitions for world domination are on indefinite hold.

So what to do?

First let me explain that Waltz with Bashir is an amazing film. It is an Israeli animated sorta-documentary, kinda-memoir, animated film that is their 2009 Oscar nomination for best foreign film. It was made by Ari Folman, and he is the central character. The plot follows his attempts to remember the war and the eventaul massacres at the Sabra and Shatila settlements.

The animation style reminds me of theold Jonny Quest cartoons from the 70s. It is thickly outlined and stiff. It works in this setting and someof theimages, especially of the war, arebeautiful and unsettling. At othertimes the style holds everything back and themovie has this dead rotoscope look to it. The faces are the main problem. They emote little, though at times the eyes of Ari seem to be weirdly lifelike.

Go see it though...it's hard hitting and the type of social examination that we rarely see on the big screen.

After the movie, which put me in a decidedly down mood, we headed from the Sunshine theater to Boca Chica on the corner of 1st and 1st.

The restaurant is painted purpleand green. Despite this Incredible Hulk color scheme the restaurant is adorable once inside. They have small diner-style tables andsturdy wooden seats. The staff is small but fast. We got our food in about 15 minutes.

I had achicken sandwich which I didn't note the spices or sauce of to my discredit, but it was amazing. It came with fried yuca and a light salad which had a lot of cilantro in it but was very refreshing.

I find myself immediately planning my next trip to the area despite it being in one of the most inconvinient areas for me to reach from my neighborhood in Brooklyn.

Two people can safely eat for under $50. We spent $35 but didn't have any alcohol with our dinner.
Posted by Michael J. Wilson at Friday, January 16, 2009 No comments:

I should share an odd obsession I have. I read blogs about currency. By this I mean about national currency. Spend some time at the Engraveyard won't you?

I have been on dates with typographers recently. Which is a strange thing to think about in itself. Before August I could honestly say I never even met a typographer, but now I have gone on dates with 3. If you have never thought about the ways of letters, I strongly suggest you look around you at this very moment and so that thing.
Posted by Michael J. Wilson at Monday, January 12, 2009 No comments: