The Lonely Passion of Judith Hearne (1955) by Brian Moore

Judith is not a likable woman. Snotty and pretentious, she frowns at everyone she comes across. She has recently moved into a new room, she keeps to herself and likes to mention how pious and clean she is.

In the pantheon of unreliable narrators, Judith Hearne occupies a special place. She is mysterious. The reasons for her move are left open-ended for half the book. She falls for a man who is only out for money, who openly says he is only interested in business partnerships. She hears what she wants to and has a very rich fantasy life. The definition of spinster, she puts the Beales to shame. Judith isn't the only unlikable character. In Moore's world everyone is terrible, full of secrets, and only a heartbeat away from despicable acts.

Eventually, a series of terrible events and misunderstandings force Judith's dark secret into the open. It is only a short trip to the end where everything falls spectacularly apart. A very Irish take on a certain time and a certain type of person.

There is an excellent film version staring Maggie Smith and Bob Hoskins. 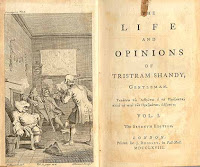 The Life and Opinions of Tristram Shandy, Gentleman (1759-1767) by Laurence Sterne

Framed as a memoir. Written as a farcical take on memoir and the sadness usually peddled in them. This 'novel' may be one of the oddest things ever published.

A memoir that mainly tells of the conception and night of birth of the author, there is little actual story within the cover. Whole sections are crossed out. There are 10 pages missing that are then discussed at length. There is a diagram of wiggly lines, a picture of a nose, a blacked-out page that symbolizes death. I could go on. Frustrating and long-winded, Sterne created what can only be called a masterpiece of post-modernism. He out Infinite Jest's David Foster Wallace. And manages to be mostly interesting in the process. 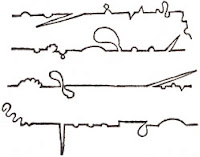 I got tired of the book's idiosyncrasies quickly and it was a bit of a slog for me. I definitely love the book for its balls. I appreciate that after Sternes the idea of what a novel was or could be grew larger. I am grateful I read it. You will be too.

This book is gigantic. It is 955 pages. It spans 1897-1903. There is a gold rush in the first 5 pages and an elephant in the last 5. In between are the Philippine-American War and race relations in North Carolina and New York. There is a cast of at least 10 main characters and 20 minor. It is, to say the least, epic.

It was also the best book I read last year.

Sayles is a master story-teller. He knows how to set a scene and to populate it with people who react and act in ways that make you stare and watch. We follow these people from the first page as they muddle their way into the 20th century, and it is messy, sad, happy, beautiful, terrible.

The book is at its best when set in North Carolina or once the Philippine War is in the final stages. The weakest parts are the war itself and some ill-advised newspaper cartoonists opining on politicians and the famous. It is a shame, the Philippine War is a forgotten section of our history. Many Americans probably are unaware that it even occurred. It was full of racism and questionable ethics on the USAs part. And while Sayles does go there, he becomes bogged down with illness and sex and drinking and insanity on the part of his characters. Fortunately the rapid pace of the writing and the switches between character/location keeps these issues from detracting too greatly from the whole.

Do this book. Now.

These books are the literary equivalent of the Real Housewives of wherever. You come for the easy thoughtlessness and you end up staying because it is mind crack.

Jordan has essentially stolen the basic plot of Lord of the Rings filtered out all the encyclopedic, history lesson, elfin language stuff and pumped up the action, romance, drama bit. There are unwilling heroes, a magic dagger that turns the bearer evil, a villain who is never seen and is locked away in a mountain. Seriously...wholesale stealing.

All you need to know is that there are 3 boys who are swept up in the affairs of a woman with magical powers. She is trying to stem the tide of evil. They are prophesied to help her. Rinse and repeat. What makes these amazing and worth your time is that Jordan is a master at keeping you interested for huge amounts of time. Each book hovers around 900 pages. There are 14 books (will be, the last has not come out). And yet...they rush by like an article in a magazine.

The only real negative is that Jordan tends to draw time out into silly lengths. It will take a book and a half for a character to get somewhere then he will turn around and jump ahead suddenly between books.

Jordan died before the end of his series. his widow found another writer to take his notes and ridiculously long final manuscript and edit it into publishable books. This is apparently contentious to die-hard fans. I am only half-way through the series so I cannot comment on it. If you are looking for something to just occupy a moment, a train ride, a vacation. This is is.
Posted by Michael J. Wilson at Monday, February 06, 2012