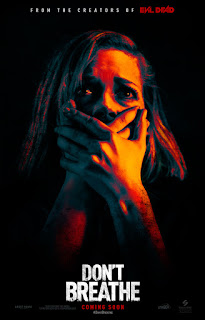 *
Water scares the shit out of me.

A day on a boat. Swimming in a lake. Spending time at a pool. These things do not calm me. To this day they call up a set of pre-made plans of escape.

The fear manifests in subtle ways.

Because I couldn't handle water in my face I insisted on baths until well into my teens.

The ocean is almost too much water to be afraid of so I can be near larger bodies of water without too much of a problem. I can even wade into water a bit. My height allows me to get fairly far out before I become buoyant. It isn't until then that the concern kicks in.

I'd be terrible on a cruise and have often thought about how I would deal with that situation. None of them are good solutions as they usually involve hiding from windows and fresh air.

The more full of tropes the better. I live for the moment when victims go up the stairs when they should go out the door. When they don't check to see that the villain is dead. I love trying to guess who will be the 'last girl' and who will die first.

It's a game. It's silly. It rarely scares me for real.

This evening I saw Don't Breathe. The movie was directed and written by Fede Alvarez. He also was responsible for the surprisingly good remake of Evil Dead from 2013

The premise is deceptively simple: three thieves enter a house owned by a blind vet to steal his money. The vet is not what he appears.

Where the movie enters into greatness is in how the premise reveals itself and plays out.

This is a brutal movie. It does not relent. The final act manages to up the ante of the film while subtly referencing horror tropes.


*
This circles around a question that I have about horror movies.

I'm sure that you have an example like mine. But these things are not what I'm actually interested in. Most horror movies don't actually depend on the things we are really afraid of. They play off making us jump and our natural inclination to be turned off by gore and death.

What I'm thinking about though is more what scares US. Collectively and culturally. What are WE afraid of.

Horror doesn't always feed off of cultural fears. But they inform it. The 80s were full of films featuring nameless, powerful, murderers coming after groups of beautiful youths. These fears can easily be tied to cultural fears of lawlessness and cold war fears of the 'other'. 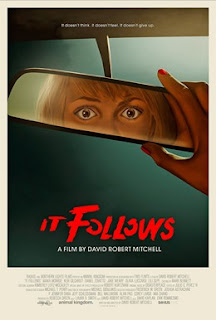 *
Don't Breathe is set in Detroit. Most of the movie takes place in a lone house in an otherwise abandoned neighborhood.

It Follows was released in March of 2015 but made its way slowly into theaters. The story is, again, deceptively simple. A monster chases a young woman and wants to kill her. What sets it apart is that the monster is sexually transmitted. You have to fuck your way out of the death. This is a pretty good upending of the classic trope from 80s movies where the people who have sex usually die early in the movie.

The two movies both use traditional tropes to both utilize them and to break them. Though they do this while maintaining tension and refusing to make fun of the genre.

These are not the Scream movies. There is not an attempt to undermine or mine the genre.

Did you notice that both are set in Detroit? It's key to what I think scares America most in 2016. We are not afraid of terrorism, immigration, or any of that.

We are afraid of collapse.


*
Since the 1950s Detroit has experienced a 60% drop in population and even though the metro area of the city still has 4.3 million citizens Detroit has become the poster-child for what happens when an economy collapses in the 21st century.

This is what scares us.

The idea that a once-prosperous and important place could become unimportant and less wealthy goes against everything that American Capitalism promises. It proves us fallible. It says that the American Dream has cracks in it.

Setting these horror movies amid the collapse is a cunning representation of a new fear. The creature from It Follows and the vet from Don't Breathe also have faces. They are not the masked monsters from the 80s. They are people who look normal. They are us responding to collapse.

Interestingly, both movies also focus on white protagonists. And both manage to show a Detroit void of minorities. So it is not just collapse in general but specifically white collapse that is the source of fear. Don't Breathe renders this in literal terms with a brief appearance of a white supremacist. Both films also point out that the 'bad' parts of town are not where our protagonists live. They are not the white parts.

Do we retreat into our corners and stare at each other in fear. Lashing out when one comes close to us.

Or do we try to build something new.
Posted by Michael J. Wilson at Wednesday, September 07, 2016