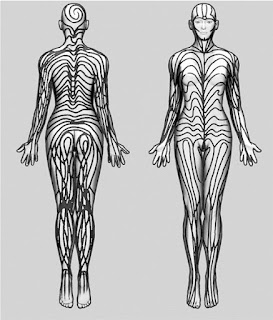 The human body can go bad in so many ways.

One day you are sitting, eating a muffin, drinking a latte. The next you have cancer, a blood disease, an aneurysm.

There are some truly horrifying illnesses that can just happen.

And that I am afraid of.

I fear I have genetic disorders
A bad heart, ASL, cancer, gum disease
My head is going to decide that sanity isn't for it

The image above is of Blascho's Lines. They are invisible lines that cover your body. Mine. They become suddenly visible with various skin disorders. The lines are believed to trace the migration of embryonic cells during in utero development. They do not correspond to nervous, muscular, or lymphatic systems. The lines can be observed in other animals such as cats and dogs.

The stripes are a type of genetic mosaicism. Which is when different cells with different genotypes appear in one individual.

Your body is a mosaic. 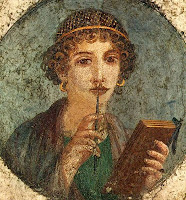 This is a portrait mosaic from Pompeii. A woman with a pen to her lips, book in hand. She is contemplating 50 Shades of Gray. Or something. Point is, she's made up of little tiles. That mimic atoms. And she had invisible lines of embryonic cells all over her.

And maybe they showed up sometime. 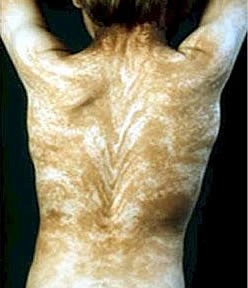 And that kind of looks like a kick-ass leopard make-up job. Though more calico cat.

I recently had a strange fight with a skin disorder. I thought it was ring worm. And I even talked about it in a post.

It turned out that the rash was actually Pityrias Rosea. Which has no known cause and is treated by 'waiting'. It showed up in lines across my chest and back. In a pattern that looked like stripes. In lines.

What is amazing about the ways the body goes wrong. Is that sometimes it does and we suddenly can see how it began. We hold the memory of our creation in lines across our skin. They are hidden. They are forgotten.

We are recordings of ourselves.


Inspiration is a try at exploring my own work in a thoughtful way. A book report on me.
Posted by Michael J. Wilson at Wednesday, October 31, 2012