Dust Jacket : You Are My Heart 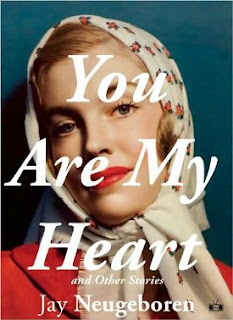 I first saw this cover in September 2011 at Moby Dickens Bookshop in Taos, New Mexico. The image is striking. The gaze, the slight smile, the colors. The typography is a little off for me but overall this cover is gorgeous.

The photo was originally a McCall's cover from July 1938. It was taken by Nickolas Muray.

I am such a sucker for this Technicolor look. Over-saturated colors are painterly and luxurious. This photo is actually 'lush' in the same way as film. Below is the trailer for An American In Paris for comparison.

Looking at Muray's work, I am aware that my entire framing of the 40s is based on his work. This look.


Muray's work is romantic. The photos look like paintings. Everything is perfect, lighting, color, tone. Looking at these and then turning to modern photography you realize that in our world of photoshop, etc. it feels like we may have lost some of the artistry. I know that there are in camera, developing, and printing tricks, but that photo had to be on point.

I am reminded of the Dutch masters.

Muray was born in 1892 in Hungary and by 1920 had a studio in Greenwich Village. By 1921 he was getting regular commissions from Haper's Bazaar. 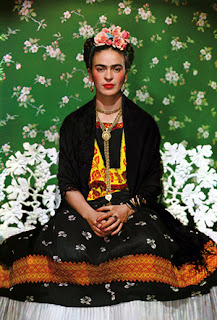 By 1931 he had started a 10-year affair with Frida Kahlo. This led to a series of portraits of the artist and what many consider his best work. The affair would end in 1941 when Muray married his fourth wife Peggy.

After the market crash Muray would go on to pioneer many of the conventions of modern commercial photography and advertising. He is considered a master of the 3-color carbon process and just looking at his work you can see it echo in every ad you see today.

Muray competed in the Olympics in 1928 and 1932 in sabre fencing. He died from a heart attack while practicing at the New York Athletic Club in 1965 at the age of 72.


Dust Jacket is a sometime article about the design and artwork of book covers. The idea is to shine a spotlight on the work of the designer separated from the work of the author. It is literally judging a book by its cover.
Posted by Michael J. Wilson at Monday, March 12, 2012