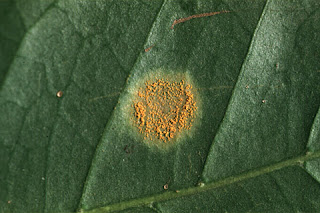 Gardening is a process.

One that can fail easily. If you forget to water for a few days. If you plant a week too soon - nothing will happen

I'm about to get all kinds of cliched - so clench your jaw - Writing is the same sort of process.

Sometimes it's not right. It's too cold, or dry, or the wrong zone for the seed.

JG and I had a back and forth on Facebook about this very thing on Monday. She is having a hard time with it right now. Rejection letters, a general lack of desire, a consuming real life. These are things that do not lead to healthy plant life.

Let's put it this way:

There was a rainy year in South America and it has led to more than 30% of coffee crops being hit with a fungal infection called 'coffee rust'.

The blight has led to a huge loss in the industry. A possible shortage. Talk of changing generations of precedent for new hybrid coffee plants. Or even to a different crop altogether. To kill the fungus farmers are burning their fields.

In the 18th and 19th century the UK controlled huge coffee plantations in India and Ceylon (now Sri Lanka). You don't drink India or Ceylon varietals at your local cafe because coffee rust claimed enough of those plantations by the mid-19th century to lead to a switch in production. To tea.

And while I didn't use these words with JG, I basically suggested the same thing. Switch production. Re-plow or something. 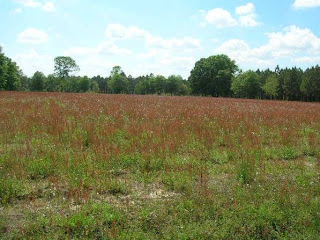 And be OK with that.

How often to water. What time of year is best. Putting out some compost.

And knowing when it's time to let the field go fallow for a season.
Posted by Michael J. Wilson at Wednesday, March 27, 2013

Email ThisBlogThis!Share to TwitterShare to FacebookShare to Pinterest
Labels: gardening, knowing when, on writing, plants, writing