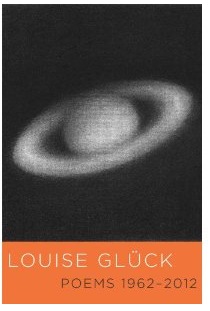 When I first saw Gretchen Achilles' cover for Louise Glück's new collection I thought to myself how perfect the cover was. How it was mysterious. We are coming into orbit of a strange new world. With all the possibilities that that entails.

Simplicity hinting at the complex just out of our reach. This is like Glück's work. Layers are peeled away and things come into focus. Things we thought we knew. That we never could.

Achilles is the owner of Wavetrap Design. She is a freelance designer and has worked for all the major publishers.

Her choice for cover image shows her talent. This is a 1985 mezzotint by Vija Celmins. Celmins was born in Latvia but has lived in the US since she was 10. She works primarily in graphite and is known for her hyper-realistic work.


Her space drawings are particularly interesting to me:


They remind me of work from other artists. Chuck Close comes to mind with his highly detailed paintings and drawings. And Lory Pollina's graphite work:

The book covers 50 years of work. It resembles old sci-fi films of the 50s and 60s. It calls to mind great half-true representations of space.


Those half true representations are large in my mind. In the larger culture's mind as well. Below is a photo Cassini took of Saturn in 2006.

It is hard not to picture a space ship moving towards that. Sending a probe out to investigate. Finding an evil creature bent on our destruction.

It's very hard to see in the picture. On the upper left edge of the inner rings is a small blue dot...

Dust Jacket is a sometime article about the design and art of book covers. The idea is to shine a spotlight on the work of the designer separate from the author. Literally judging a book by its cover.
Posted by Michael J. Wilson at Monday, November 26, 2012