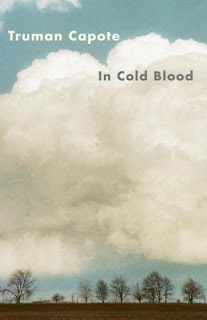 Megan Wilson is an associate art director at Vintage/Random House. She's been there for 20 years. She runs a blog and store called Ancient Industries that aesthetically connects to her beautiful covers.

There is a sense of the 1950s. Enameled pots and crisp aprons. Small flowers in vases. White gloves. 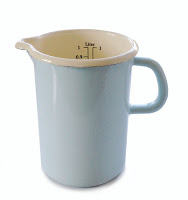 It is a beautified vision. A Mad Men Audrey Hepburn universe. A place that was somehow more. Before the Vietnam War, the peace/love movement. Before things went 'bad'.

It never existed, but it is nice to think it did.

In Cold Blood is about the brutal 1959 murders of the Clutter family. It is, more than anything, about the loss of the ideal of family. The end to that make-believe world of the 1950s.

The cover presents an American pastoral. The photo is by William Eggleston. Eudora Welty said of his work:

"The extraordinary, compelling, honest, beautiful and unsparing photographs all have to do with the quality of our lives in the ongoing world: they succeed in showing us the grain of the present, like the cross-section of a tree.... They focus on the mundane world. But no subject is fuller of implications than the mundane world!" 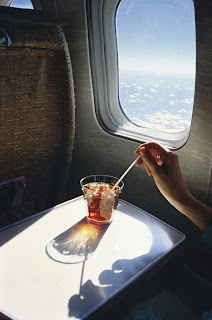 The photo, and the book, live in a strange haze. As if time is still. The world frozen in a moment. Capote's book is languid though detailed. There is a sense of drift that that gigantic cloud captures.

The cloud over the landscape. The storm on the horizon. Though not a storm. Something else. The photo, and Capote's book seem to say that this is a new normal. A fact we must face.

And what of that? Is it true?

On December 14th America was shocked by the senseless murder of 20 children and 6 adults in Newtown, Connecticut. It is the latest in a long history of senseless killings.

I don't have an 'answer' or a 'suggestion' on this. I don't know that Capote saw or had thoughts on the state of American crime. I don't believe Eggleston knew he was capturing a vanishing world. The world he captured was imagined in his lens. Capote's on the page.

We are left with enameled pots and pans. A hand on a stir stick. A cloud on the horizon. Ephemeral and beautiful and terrible. 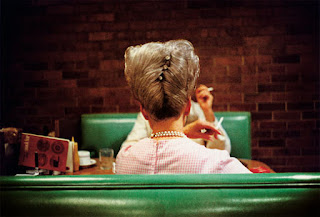 Dust Jacket is a sometime article about the design and art of book covers. The idea is to shine a spotlight on the work of the designer separate from the author. Literally judging a book by its cover.
Posted by Michael J. Wilson at Monday, December 17, 2012