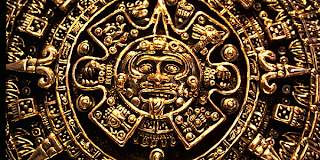 Every year, in early January, I make a new folder on my desktop for that year's writing. Then at the end of the year I move the folder into the broader 'writing' folder on my external hard drive. Thus I complete my organizational rituals over my writing.

I don't print my writing out. Keep it in a filing cabinet or any of that. This is more out of cost than any real strong feeling on the issue. And space. I'd need another room for all that paper.

This year I am on track to only having 12 new things to show for my year. One a month. This is the smallest amount of work I have ever produced. Ever.

I can blame the novel. The move. The relationship. Whatever. It is not the truth though. The truth is that I have less to say in 2012. Or less I am interested in putting down.

I was discussing with J the other day about a decision I have to make. There is a certain type of poem I write that seems to get published. You can check out the latest Spittoon for an example of what I'm talking about.

So what is the decision?

Publications seem to be into my 'relationship' poems. Ones with clear 'I' and 'You' and maybe some hand holding and some walking and a dose of existential ennui. And I am clearly able to write those things. But -

Am I THAT writer? EYE ROLL!

The decision is to either put my energy in that basket and do it whole hog or, to continue as I have.

I'm not saying to turn my back on writing that fulfills me. Just to attempt to focus on writing that seems to be connecting with people more. Should I write a whole swath of 'relationship' poems? Trying to fill them with whatever I can to make them interesting, in the hopes that they find an audience?

I like to joke that the writer who wins is the one who keeps at it longest. After everyone else has fallen to the side they have no choice but to hand you the Nobel.

I have no solution. J thinks I can do both. With only 12 poems this year, I am clearly in need of making a commitment to A thing. But is it even a choice?

In the meantime, I have been re-working the novel and writing poems about taking my skeleton on walks. I count them as 2013 poems.
Posted by Michael J. Wilson at Monday, December 10, 2012

Email ThisBlogThis!Share to TwitterShare to FacebookShare to Pinterest
Labels: myself, new year, on writing, poetry, resolution, self, writing, year end