My heart is a breathing organ with an unblinking eye

The hamsa is a hand-shaped motif that originates in the middle east. The exact origins are unknown, but pre-date Islam and Christianity. In Islam it is known as the Hand of Fatima, after Muhammad's daughter.

It is meant to protect against the evil eye.

The idea that a look could bring harm.

It has become popular in Israel and appears on jewelry and keepsakes. It is considered a good luck charm. I have one next to my front door. I am not Jewish, Muslim, or superstitious. It was a gift from a good friend. It traveled from Israel with her in 2008.


On my back I have a large tattoo of the sun with an eye in the center. You could view it in a similar light as the hamsa. I always thought of it as an eye in the back of my head. A look out.

When I was 21 I was deeply romantic. The thought that some ink lines buried in a few layers of skin could protect me form history. From the future...

That is the sound a healthy heart makes.

The University of Washington has a handy guide with audio of various heart problems. The most common being a murmur. Murmurs result from an out of the ordinary blood flow. They create what sounds like an echo of the heart beat, or a woosh sound.

Most cannot be heard without the aide of a stethoscope. Laying your head onto someones chest as they sleep will not help you find abnormal heart sounds. It will allow you to feel their warmth and count the rhythms of their breaths.

a chamber burned - the outline of a body left behind 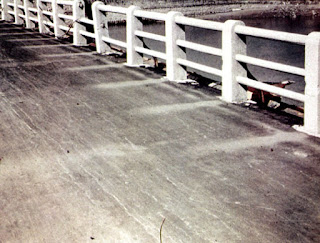 It is hard to imagine. Those white marks on the pavement. They could be tricks of the light. Could be strange light shadows. An artifact of a camera causing the color to be odd.

They are nuclear shadows.

Permanent marks on the ground showing where radiation from the nuclear bomb dropped on Hiroshima went and how. 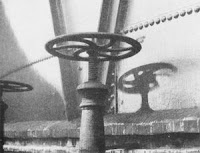 This bridge is 900 meters from the epicenter of the explosion. Thermal radiation moves in completely straight lines. So when it meets an object it reflects off of it. You get a perfect shadow. A mirror of the world.

There are famous shadows. An outline of a body sitting on the steps of a bank. These pilings on the bridge. This valve. The everyday object becomes a strange sort of witness. A sentinel that calls up the past without rest.