This happened. And will again. Every Friday-Sunday until June 10th.

This treaty was signed by the rest of the world in 1982. The US has yet to even get close to signing it. Sen. John Kerry thinks he can bring it back and pass it. There are currently 34 countries that have either not signed or not ratified LOST.

A few other international laws the US has not signed:

The Kyoto Protocol (1997) - The greenhouse gas treaty went into effect in 2005. Aside from the US  Afghanistan, Andorra and South Sudan also have either not signed or ratified the treaty. Canada renounced in 2011 days after the Durban agreement and the revelation that Canada had actually increased emissions 17% since 1990.

CEDAW (1979) - This law went into effect in 1981. It is a sweeping anti-discrimination and series of protections for women from abuse. Seven UN member states have not ratified, signed, or acceded the treaty, they are Iran, Palau, Somalia, Sudan, South Sudan, Tonga, and the United States. Palau and the US signed the treaty but have not ratified or acceded it. The law has come under fire for being ineffectual, specifically in regards to so-called 'honor killings' and the promotion of 'western' values.

CRC (1989) - The law went into effect in 1990. A basic outlining of the rights of children and forming protections for them under the law. Somalia, South Sudan and the United States are the only countries in the world to have not signed or ratified the law. The US did sign it, but has yet to ratify. President Obama has called this 'embarrassing'.

Neither related to horses nor crabs but over 450 million years old. Discuss. 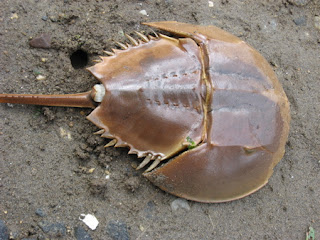