Now Mr President, the phrase "inner cities" is a kind of convenient shorthand for a host of problems. Cities have risen and declined throughout history. Risen by responding to the opportunities, the markets, the technologies of their day have offered. And declined when they clung to old, outdated ways and new markets passed them by. That is what's happened to many of our great cities. And their decline was sometimes aggravated by the worst form of post-war town planning—a sort of social vandalism, carried out with the best of intentions but the worst of results.

All too often, the planners cut the heart out of our cities. They swept aside the familiar city centres that had grown up over the centuries. They replaced them with a wedge of tower blocks and linking expressways, interspersed with token patches of grass and a few windswept piazzas, where pedestrians fear to tread.

The planners didn't think: "Are we breaking the pattern of people's lives. Are we cutting them off from their friends, their neighbours?" They didn't wonder: "Are we uprooting whole communities?" They didn't ask "Can children still play safely in the street?"

They didn't consider any of these things. Nor did they consult the police about how to design an estate in which people could walk safe from muggers and vandals. They simply set the municipal bulldozer to work. What folly, what incredible folly.

And the people who didn't fit into this urban utopia? They dispatched them to outlying estates without a pub or corner shop or anywhere to go. Oh! the schemes won a number of architectural awards. But they were a nightmare for the people. They snuffed out any spark of local enterprise. And they made people entirely dependent on the local authorities and the services they chose to provide. And as if that were not enough, some of our cities have also been dominated by Labour councils implacably hostile to enterprise. So when industries left, they piled higher rates on those that remained. When old markets vanished, they sought not new markets but new subsidies. And they capitalised not on their strengths, but on their weaknesses. And in fact they accelerated decline.

So dying industries, soulless planning, municipal socialism—these deprived the people of the most precious things in life: hope, confidence and belief in themselves. And that sapping of the spirit is at the very heart of urban decay. Mr President, to give back heart to our cities we must give back hope to the people. And it's beginning to happen.

Because today Britain has a strong and growing economy. Oh yes, recovery has come faster in some parts of the country than others. But now it is taking root in our most depressed urban landscapes. We all applaud the organisation "Business in the Community"—it is over 300 major firms that have come together to assist in reviving the urban communities from which so many of them sprang.

So many of the amenities of our towns and cities—the parks and public gardens, the libraries and art galleries, the churches and schools—they had their origin in the philanthropy of men who made good themselves, and they wanted to do good for others. That impulse—that sense of obligation to the wider community—it is that we must enlist today.

I've seen the start of recovery for myself: on Teeside, in Gateshead, in Wolverhampton and the West Midlands. And in Glasgow, which is undergoing a remarkable revival, thanks largely to the work of George Younger and Malcolm Rifkind. I shall never forget one Glaswegian I met on my visit there. "How do you do?" I said. "My name's Margaret Thatcher." "Mine's Winston Churchill", he replied. And astonishingly enough it was. And he produced a document to prove it. Winston Harry Churchill. Absolutely splendid person.

Mr President, to speed up the process of recovery in these and other places, we have a whole battery of special measures and programmes—you heard about them from Kenneth Clarke: special measures and programmes to clear derelict land—to renovate run-down council estates—and to regenerate city centres—and to turn dereliction into development. But by themselves these measures are not enough. We must also give people in the inner cities the opportunity to improve their own lives and the belief that they can do it.

The major reforms in our programme are of course designed for the whole country. But they will be of particular benefit to inner cities. We will free tenants from their dependence on council landlords. We will free parents to choose the schools they want for their children. We will free businesses in the urban development areas from irksome planning restrictions and controls.

And with our rate reform legislation, socialist councils will no longer be able to drive out small businesses and destroy employment by imposing sky-high rates. And above all, the community charge will make local councils far more accountable to all their voters.

With all these things taken together, these measures will greatly reduce the power of the local council over tenants, parents, pupils and businesses; and greatly increase the opportunities open to those very people. To coin a phrase it is an "irreversible shift ... of power ... in favour of working people and their families". Mr President, the social problems of some inner cities are deep-seated. Quick and easy solutions are not possible. But the philosophy of enterprise and opportunity, which has put the spark back into our national economy—that is the way—and the only way—to rejuvenate our cities and restore their confidence and pride. 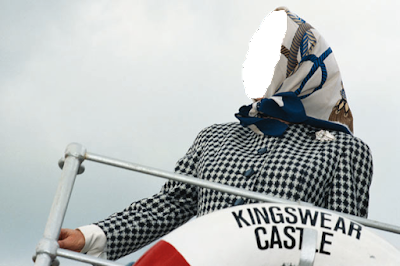