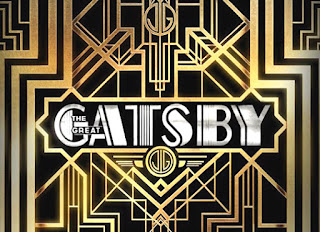 I tend to focus on what books make me think. The associations I have with them. The Great Gatsby is tied to high school English class. I am reminded of discussions of the green light, wanting, metaphor. All in vague flashes.

Re-reading Fizgerald's most highly regarded work I was struck at the simple beauty in the writing. The cam painting of the idle and bored rich of New England. How the time period seemed less romantic and more doomed to failure.

Gatsby is painted in heroic language. He is monolithic, everything Nick wishes he were; rich, handsome, amazing war-time back story. Daisy is bored with marriage, seems to not even remember having a child, is mostly a child herself. Nick is a blank slate for these two to play out their odd romance upon. To heft the weight of morals at so they can get to doing.

And Nick is racist, classist, and ultimately wishes he were vapid and having fun like these people he is watching collapse in front of him.

To say that Fitzgerald gives us a in detail death of a star. An implosion. The untenable world of the 20s could only collapse, and the resulting nova destroyed lives. But that final line about boats drifting "against the current, borne back ceaselessly into the past" is a warning and prophecy. The collapse would destroy lives, but America would seemingly not learn the lesson. At least not the protected rich and soon to be rich.

Fitzgerald's writing is sharp, pointed and crystal. There is a reason this is his 'great' book. It is short and to the point. He doesn't mess around. He tells the story and gets out. I dislike every character in the book, but the plot and pacing are the best of noir writing. I'd say it'd make a great movie, but it has been proven a few times to not make a good film.

A movie can only hope to give us spectacle. While Gatsby is many things, romantic is not one of them. The affair is oddly cold. The dialogue cursory. Gatsby lives and breathes in descriptions, asides, pauses. Otherwise it's a potboiler about a death in a swimming pool. Which I'm sure was an episode of Murder, She Wrote. And that would make sense, there was another creation about upwardly mobile people meeting tragic ends set in New England.

The book needs to be inside Nick's head to work. The reader needs to be that slate Gatsby and Daisy draw upon so that in the end that feeling of universal awe is reached. That we as a country, as a whole, are drifting in hapless fear of the future and doomed to repeat our mistakes.


Re-Read is a sometime article where I go back and read a book from my childhood over and examine the threads that I find in my current adult life.